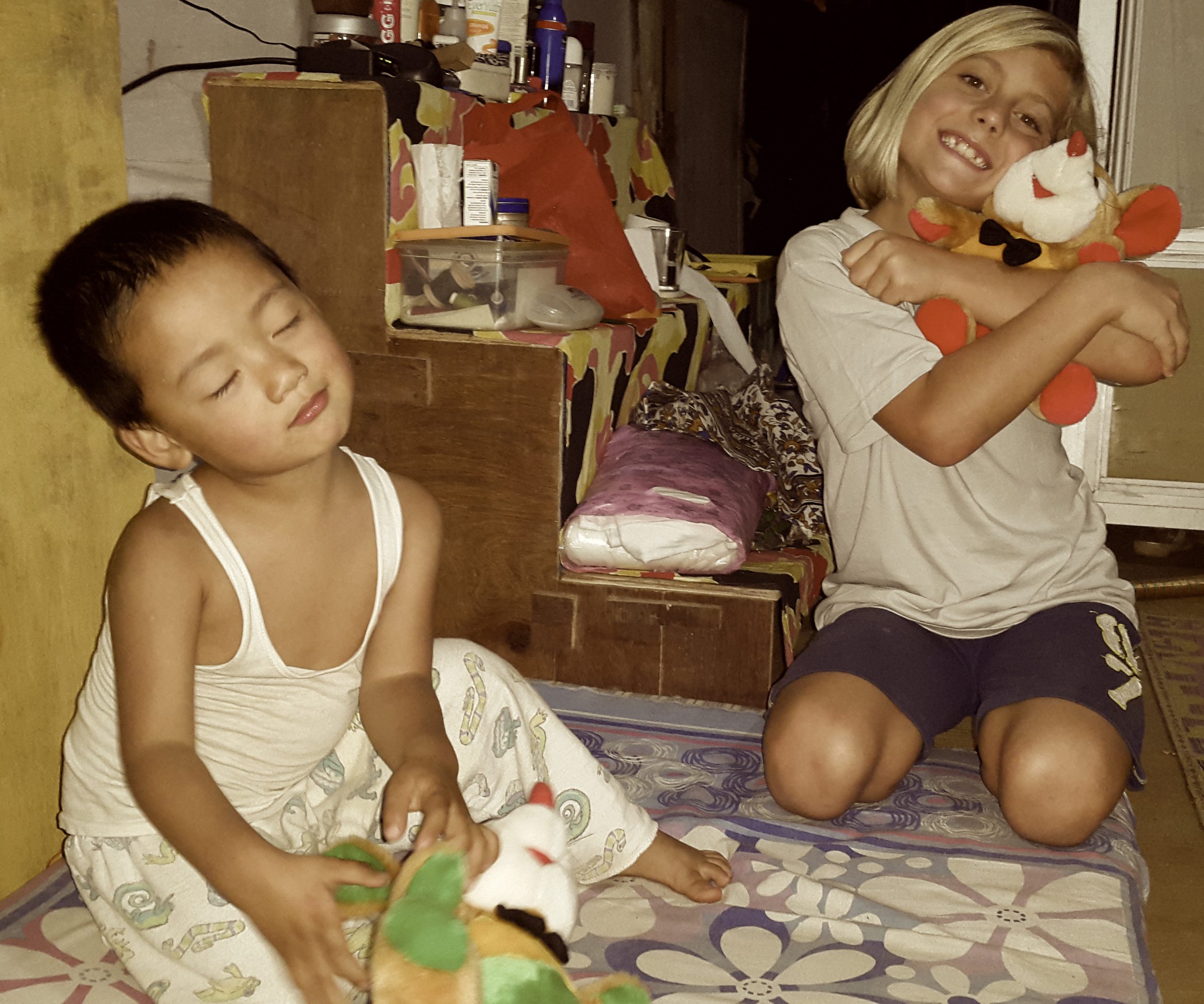 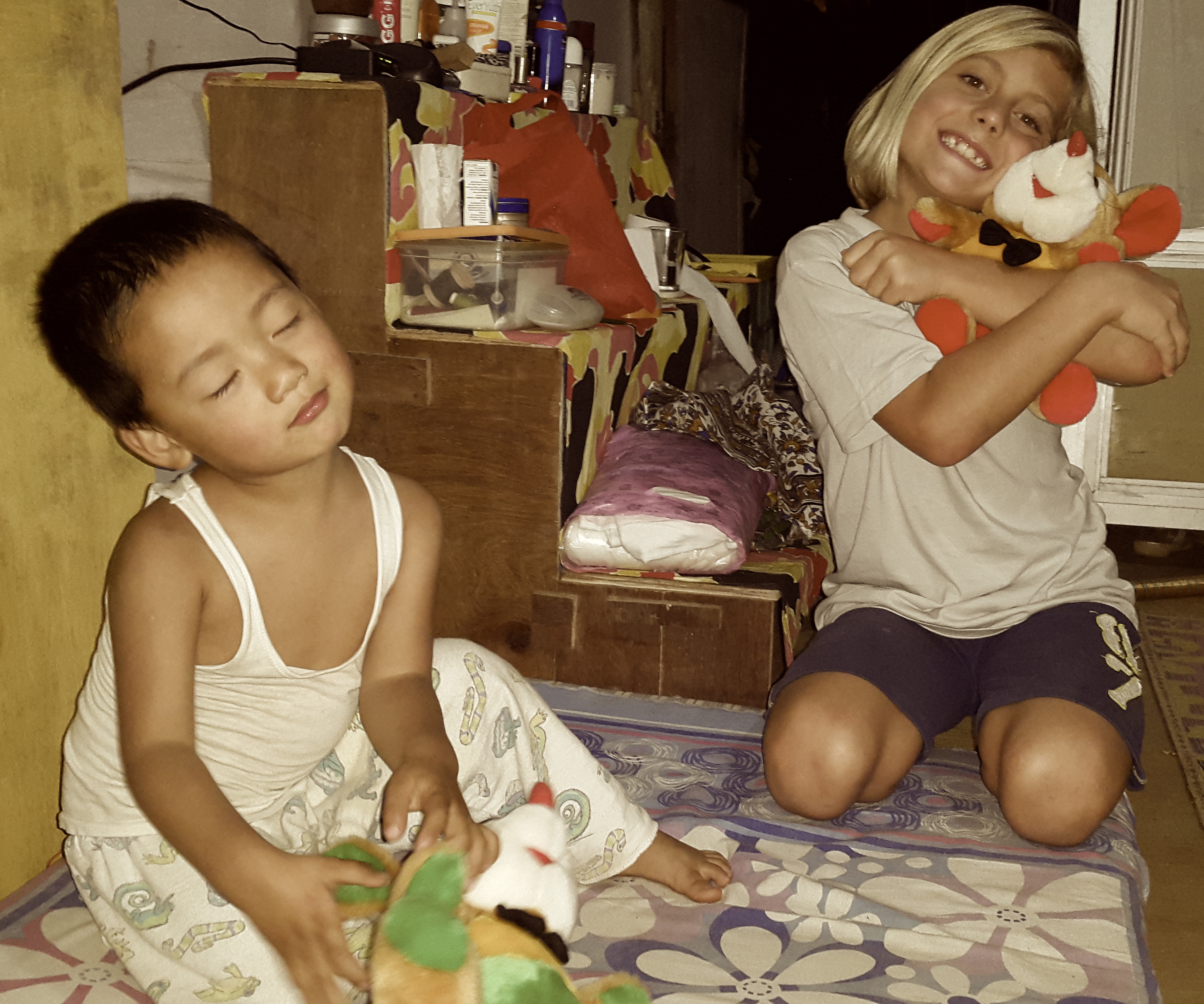 They play around; they have big fun.

The little one grew up in India, the older one in Switzerland. The one speaks Tibetan, the other one Swiss German. Both know a few words in English but not much.

The little one is living in a boarding school in Dharamsala, the older goes to a Swiss public school. The older one has around stuffed animals in his bed, the little one cannot imagine what this means.

The little one doesn’t have any memories of his mother because she left him when he was two years old; the older one calls about fifty times a day “Mama”.

Maybe, the older one will be traveling again to India as an adult with his girl friend or his brother. Maybe, the little one will be living in the Tibetan community in New Deli and running a travel agency.

Both boys will be having friends and no barriers to share time with foreign people.

One thought on “No barriers”