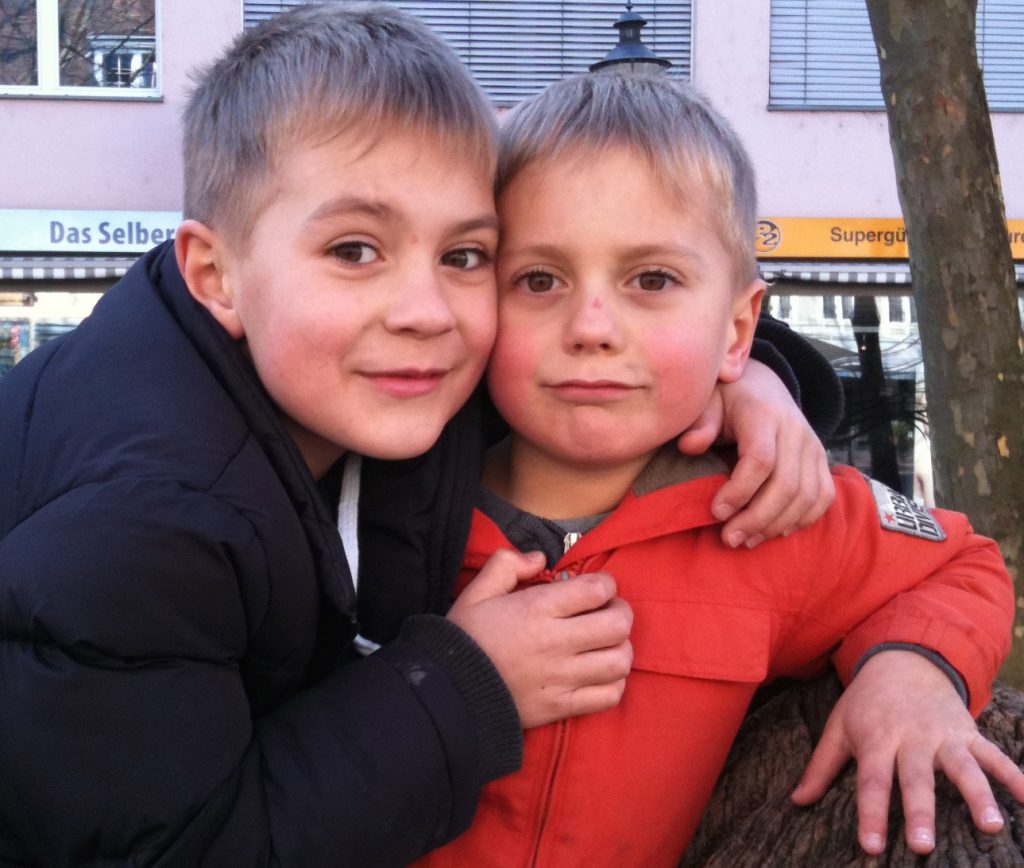 The older one is an early bird, gets up at six o’clock and starts yawning long before nine o’clock at night. He falls at sleep in the circus, when we have guests or when his little brother feels totally in shape and wants to play with him a round of poker.

The little one spends hours on caressing the cats, he invents games with a simple rope or he folds his cloths to a nice pile during vacation.

Meanwhile, the older one throws his cloths in a corner of the hotel room floor. On the other hand, this boy has got hundreds of ideas what he’d like to construct: a rat house, a wooden gun, a soapbox, and a hot-air balloon or he tells me every detail of the video he saw with his father.

I ask the small one to do me a favor and he does it. I beg the other one, and since he can talk, he always answers me: what do I get for doing it? The same boy gets angry when he asks his brother a chewing gum, and he doesn’t get it. But whenever he is asked to share, he stuffs all the sweets at the same time in his mouth in order to avoid sharing.

The older one has never got enough pocket money. There are thousand things he’d like to buy. He always borrows and keeps paying back. The little one should be banker in the future because he already knows how to deal with money.

The list of different behavior could be endless. Isn’t it the difference, which makes life interesting, and not the sameness?

PS. The picture was taken four years ago, and the two world conquerors were five and seven years old.