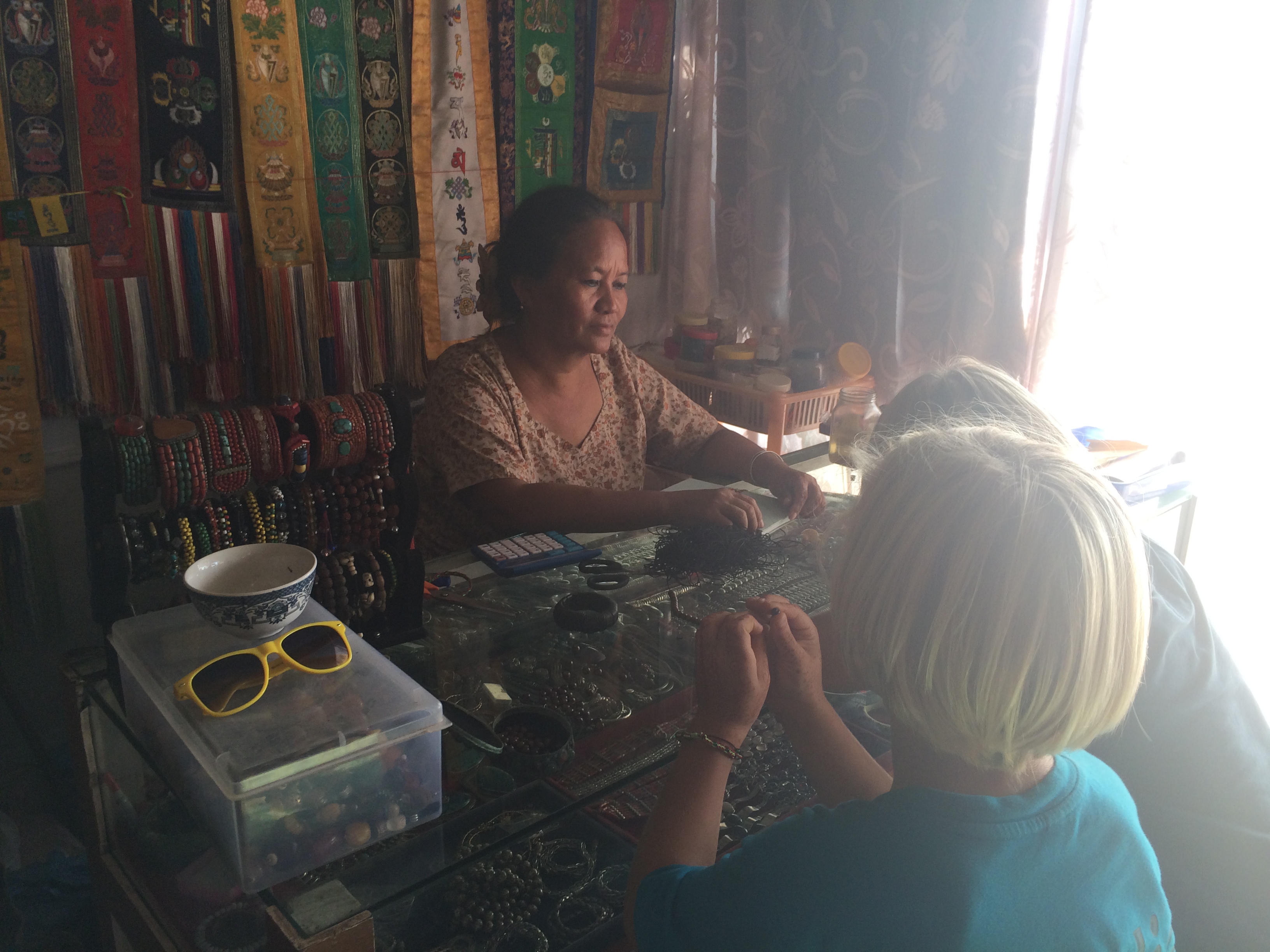 She became our best friend in India; Karma was different than the other shopkeepers in Varkala. At the first time, we dropped into her shop, she didn’t tell us to buy this or that. The Tibetan woman just let us have a look around, and there were so many things to discover. The boys started passing by more often. While she was doing bracelets or earrings, they were sitting in front of her and getting interested in her art craft and her culture. She also told them about Dalai Lama and the Tibet. We got invited for tea, later for delicious momo. Last year, her business did not go well and she was talking about moving somewhere else in India. We would have followed her. But fortunately, she is still in Varkala, and our next visit to South India at Christmas will be like coming home – thanks to Karma.