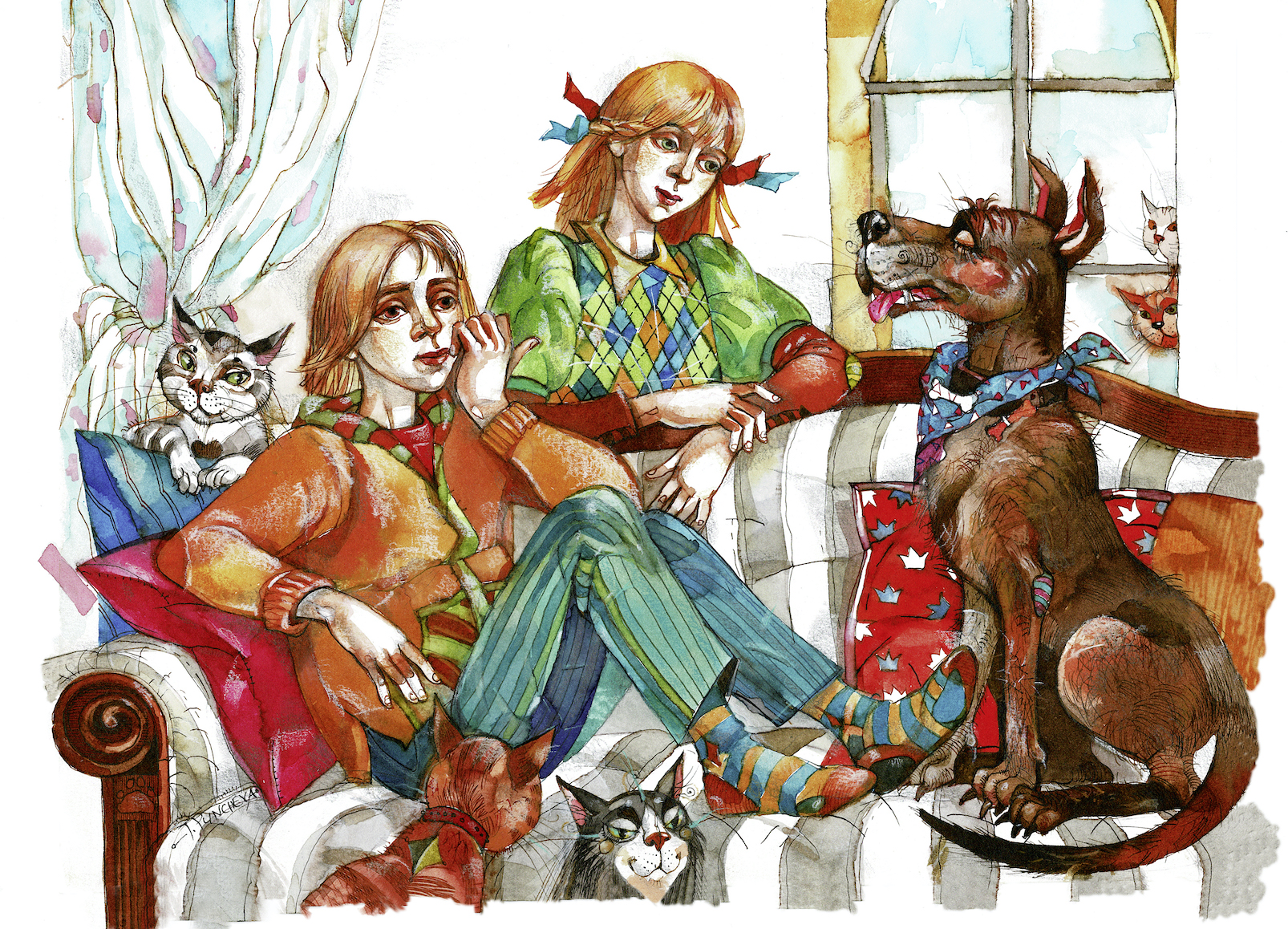 I can hardly believe it, but it’s real: my second children’s book is printed and waits to be shipped to Switzerland.

“Leonard and Lea” is the continuation of “Leonard and Loulou”, but you might read it first and you won’t miss anything of the whole story. In this book, Leonard doesn’t only have a cat as his friend, but also his new classmate Lea, who is laughed at by the others in school, exactly the same way as they do it with Leonard.

He experiences for the first time how it is to have a friend, who feels the same way as he does.

How did I write this story? Leonard, in real life my younger son, soon 14 years old and me, developed the storyline. It has been a year ago. We drove a few hours to a place in Germany, where I did a reading of the first book.

We started with the question, what would Leonard like to have as a new friend. We designed Lea: with red hair and a pink school bag. We invented her story, why she joined Leonard’s class in the middle of the school year. We asked ourselves how the two of them got to know each other better and how it came that they even met after school.

The plot got developed, step by step. Leonard helped me to create a natural story, and sometimes, he would tell me, that his classmates would not behave this way, and we shaped the continuation differently.

It has been so inspiring to work with my son on the story. When we got home from Germany, I started writing chapter after chapter. In between, I read the text to him. Most of the time, Leonard was excited about it. Sometimes, I needed to discuss again a situation with him, when I wasn’t sure whether it would make sense what I had in mind.

The story got quite a bit longer than the first one. But it was done rather quickly. The first reader was excited, too, as well as Teodora Puncheva, the art professor and illustrator of “Leonard and Loulou”. Her contribution with these wonderfully detailed and colorful illustrations seems even more dense to me, as if she got more familiar with the characters of human beings and the animals.

I’d love to create a trilogy and continue in a third book with Leonard’s story. There would be so many other episodes to talk about. Bullying at school is such a big theme nowadays, and the topic of feeling oneself not good enough is such a huge topic, even adults are suffering from it – including me.

If you like to discover the whole story of “Leonard and Lea” in German and English, order it here. There is even a special, numbered edition, which will be personally signed and dedicated to the one you choose.

Enjoy the story and the very beautiful illustrations!