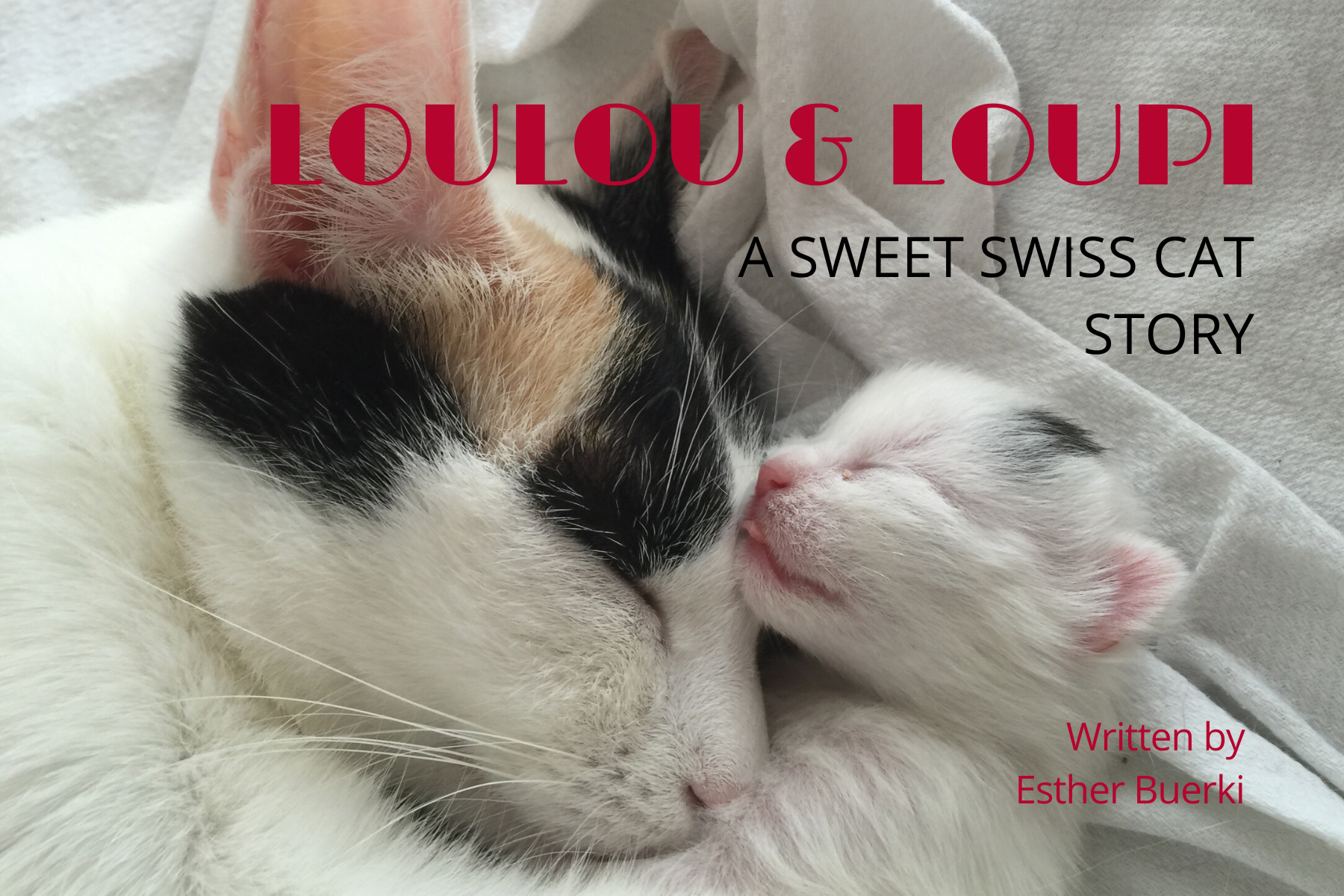 Writing is my passion, and publishing books becomes it, too, this year. So, watch out!

The last publication was the continuation of my beautifully illustrated first children’s book «Leonard and Loulou», which is called «Leonard and Lea». Thanks so much, Teodora Puncheva, for your outstanding illustrations.

The newest publication is up on Amazon since today: «Loulou & Loupi» – a photo book with over 30 touching pictures about the real Loulou and her four kittens, among them the whitest one with his black tale called Loupi.

As a passionate photographer, I followed our cat family with my camera. I took pictures of them as blind newborns, cuddling one with the other, when Mama Loulou went for a short walk. I shot pictures, when they opened their eyes for the first time. I got them with my camera joking around, playing with each other’s tails or drinking with fervor and pushing each other as much as possible to get the most of milk.

I already printed this book one year ago, just one copy, and I took it with me, when I was doing a reading for girls and boys and I showed it to them after they have listened to my story of Leonard and Loulou.

As these schoolgirls and boys were also so fond of this photo book, I decided yesterday to publish it as an eBook on Amazon.

Now, you can discover Loulou’s kittens and certainly the most precious one, Loupi. You have to get to know his story. I say “his”, because all four kittens are male.

Loupi seemed very special since the very beginning. He didn’t push to get his part of milk like the others did. He always got overrun by his siblings. They climbed on his body or pushed him away. We often found three kittens drinking, while Loupi was laying aside and having nothing. He didn’t grow as quickly and strongly as the others, of course. When he tried to walk, we observed him falling down very often. We wondered whether it exists also some kind of disabled cats, because he seemed to be one of them.

Together with my boys, I decided that we would keep him, although mother cats don’t like too much to live with their children, once they are grown-ups.

Today, we are so grateful that we got Loupi, because he is the most sensitive cat in our whole cat family. One can take him onto his arms, and he doesn’t move at all. He just enjoys being cuddled for a very long time. He often jumps on our lap, when we are sitting on the sofa, and he starts licking our hands or arms, as if he wished getting milk out of it.

He is the one, who is looking for close human company the most among our three other cats. Besides, one of his brothers, Blacky, the one with the biggest black spots, is the total opposite of Loupi: his body mass index is the double of Loupi’s and regarding his character, we would describe him as rather aggressive. Blacky is the one, who decided to live with our neighbors. He still passes from time to time and says hello to sweet Loupi, laying under my office table and feeling a bit disturbed by his strong and impulsive brother.

In fact, all these cat stories and books wouldn’t exist, if we didn’t decide a few years ago to try to have kittens. That’s why Loulou joined us as a three months old kitten, and Leonard, the younger son, took care of his baby. With how much tenderness and love, he did it! You can read it here. He even didn’t have time to do his homework because of Loulou – read it in another blog post story.

Without Leonard and Loulou, there wouldn’t be my first two children book’s and this new one, “Loulou & Loupi”.

Enjoy the touching pictures! I always do, even after the 115th times, I look at them. These cats are just heart-melting.

PS. If you like to get my 3 Secrets To A Writing Mindset, download it for free from here: